Major varieties of native grape used in Spain for the white wines are:

La Mancha’s dominant grapes. In the past it was produced extensively and with little care, resulting in not very interesting wines. Nowadays they produce pale color, fruity, smooth white wines, pleasant but with no relevant charasteristics. 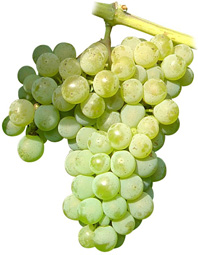 It grows mainly in Galicia’s Atlantic Coast. High quality grapes, probably from Central Europe, typical of humid areas with little sunshine exposure. This wine has a persistent fruity and floral flavor, it is unctuous, slightly bitter and with good acidity.

Its aroma, very similar to the Viognier, which makes us think of apricots, characterizes this variety of grape. It is a variety with small clusters and of early maturation, with a bright and yellow straw color with gold and green iridescences. Albariño is an extensive, dry, very light and delicious white wine.

It can be considered the ultimate mediterranean white grape. Very present in Catalonia (Empordá, Priorat, but most of all in Terra Alta), it is characterized by its pleasant tinge of herbs, hay, and coppice, its consistency and good alcohol level. It is easily oxidized and has low acidity. We can find good barrel fermented wines.

High quality galician grapes grown in Valdeorras, Monterrei and El Bierzo. They have high levels of glycerol that added to a strong acidity results in wine with nice sweet and sour flavor and high alcohol strength.

Variety used to produce Txacolí in the Basque Country. Adapted to a cool and humid environment, produces fresh and fruity wines, with apple and green grass flavors and a refreshing acidity.

Grown mainly in the Canary Islands. It produces wines with an interesting touch between ripe grapes and mountain herbs. With a balsamic background mainly on vineyards located in dry and hard terrain.

Basic variety of Rioja quality whites, and Cava. Its slow oxidation makes it suitable for aging in wood. Pale and light color wine with a tinge of green fruits. It has more character if grown in poor and low productivity terrain.

Very well known for its sweet wines. Nowadays is mainly grown, besides in Spain, in Italy and Portugal (Madeira). It is considered more noble than moscatel, and from it, very aromatic and innovative whites are obtained (In Spain, mainly the ones from the Canary Islands). In Catalonia this variety is known as Subirat Parent. 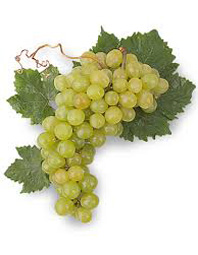 It produces wines that are aromatic, crisp, fragrant and fresh. It grows in Spain, in Levante, Cádiz, Málaga and in the middle basin of the Ebro river. Young moscatel tastes like rose petals, orange-flower, with a tinge of orange, that helps balance its low acidity. Moscatel from Alexandria is simpler and less perfumed.

It is a vine with many variants worldwide, that produces from sweet wines to dry, to sparkling.

It is the ultimate variety of Jerez. It can produce fortified wines due to its fast evolution. Thin body, fresh taste and a tinge of bitter almonds. It is also cultivated for the production of table wines in the Jerez area, but not so much in other areas of Spain. These are low acidity, very neutral wines.

It grows in several areas of Catalonia, and produces light, fresh, somewhat floral, good acidity wines. In El Penedés complements the production of Cava adding freshness along with Macabeo and Xarel.lo.

Mostly grown in all Andalucía. It is the first variety of Montilla-Moriles that produces wines with it. Raisined for production of sweet wines, silky and dense texture, with a grape and raisine aroma, and with minimum acidity to avoid oversweetness.

Native grapes of the area Pla de Bages. Also grown in the french Languedoc. Traditionally used for blending of other grapes, even though some producers, such as Abadal, produce monovarietals with it because of its intense and fruity aroma, and good acidity with a light citric tinge.

Galician grape from Ribeiro, similar to Albariño but less satiny and refined. Its flavor is reminiscent of ripe apples, and combines perfectly with Albariño. With a floral and fruity character and a small production, it is grown also in Portugal. 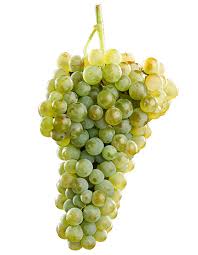 White grape of Rueda, Duero strip, and other Castilla areas. Used to produce young whites, very fruity, yellow with green overtones, with a nice acidity and a little bitter touch in the mouth.

Grape skin maceration and some fermentation in a barrel gives the wine some complexity, achieving more character if grown in rocky terrain.

Very smooth but with more body than the other classic catalan grapes that belong to the Cava trilogy: (Parellada, Macabeo).

When it matures well and the productivity is low , it gives pleasant fruity fresh wines. Used to produce still wines (monovarietals and coupages) and sparkling wines (Cavas).

Word from the Arabic “Salen” (Peace). Variety exclusive from D.O- Condado de Huelva, fruity and fresh with an almost exotic bouquet. On top of its freshness, it has a pleasant, mature, and a tinge of flowers and apple after taste.