Aging: Controlled process of aging and maturation of wine by which special characters are developed. Often applied generically to all wines undergoing aging. Depending on the degree of aging applied to a wine, there are different aging categories:

Bouquet: The aroma that the wine aquires during the aging process. To perceive this aroma the glass needs to be strongly shaken and letting it sit. The bouquet always refers to old wines (reserve), since it’s the tertiary aroma of wine.

Coupage: Wine made from mixing two or more varieties of grapes.

Maceration: Contact of the must, or wine with its peel, to extract dyes and components of the extract and of the aromas. It is usually used to elaborate red wines.

Must: Fresh grape juice before it starts fermentation. 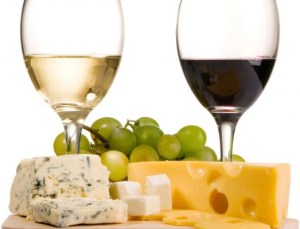 Skin: Skin surrounding the pulp of the grape. Synonym: pomace.

Sommelier: Person in a hotel, restaurant or similar, with the task of choosing, buying and preserving the wine. Also in charge of wine service.

Sulphites: One of the natural salt components of wine.

They are also added to the wine (in the form of sulfur dioxide), for antioxidant, antiseptic, disinfectant and color purifying functions.

According to some studies, they are one of the main causes of wine hangovers.

Sulphites have a preservative and/or antioxidant effect, which inhibits the growth of bacteria, mold and yeast.; because of of these innate characteristics they are often used in wine, beer, the preservation of crustaceans, fruit and vegetable pr preparations, canned jams, cookies, boiled fruit, and in many other foods.

Sweetness: Applied to sweet white wines containing residual natural sugars (residues between 5 and 15 gr/liter) but not as sweet as “licorosos”. Wine tasting where the unctuosity dominates acidity, even if it’s dry, also receives this name.

Tannins: Tannin is a subdivision of poliphenol, chemical substance found in plants, seeds, bark, wood, leaves and fruit peel. Approximately, 50% of the weight of the leaves (dry) of a plant, are tannins. As a feature of the wine, the tannin adds both bitterness and astringency, and taste complexity. Tannins (for wine), are mostly found in red wine, but also in white wine due to the wooden barrels used for aging.

Terroir: Terroir is a word of French origin from the Latin Terratorium. Its use has been extended to other languages to denote a well defined and homogeneous geographical area (not necessarily corresponding to a political division) which represents an appealing peculiarity in its agricultural production, specially when referring to wine.